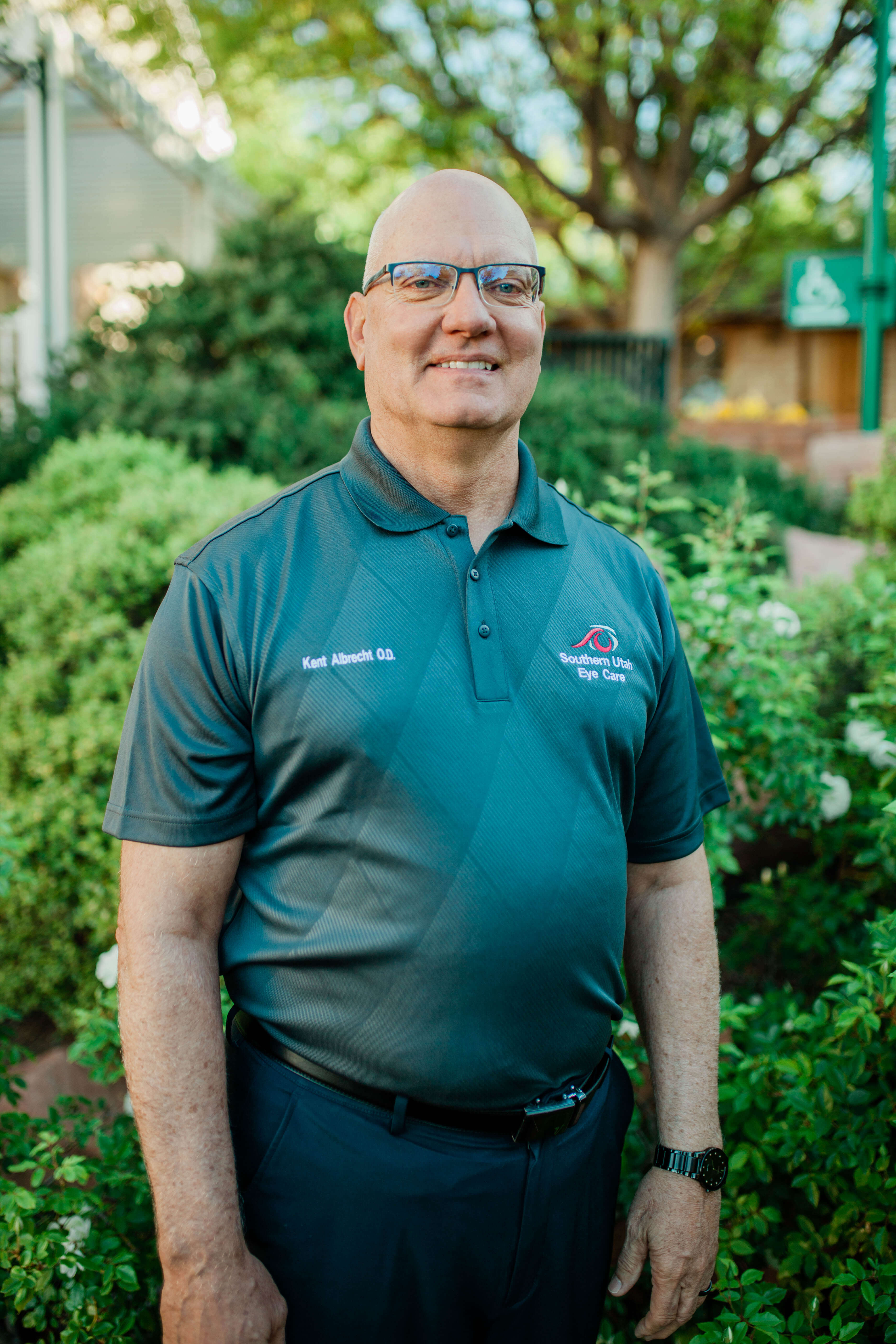 Dr. Albrecht holds undergraduate degrees from Snow College and the University of Utah. He received his doctor of optometry degree from Southern California College of Optometry in 1985. He has extensive experience in family eye care including pediatric eye exams, contact lenses, laser eye surgery co-management, and adult eye care. He is a member of the Utah and American Optometric Associations. Dr. Albrecht and his wife Sherrie have five children, and have lived in St. George since 1986. 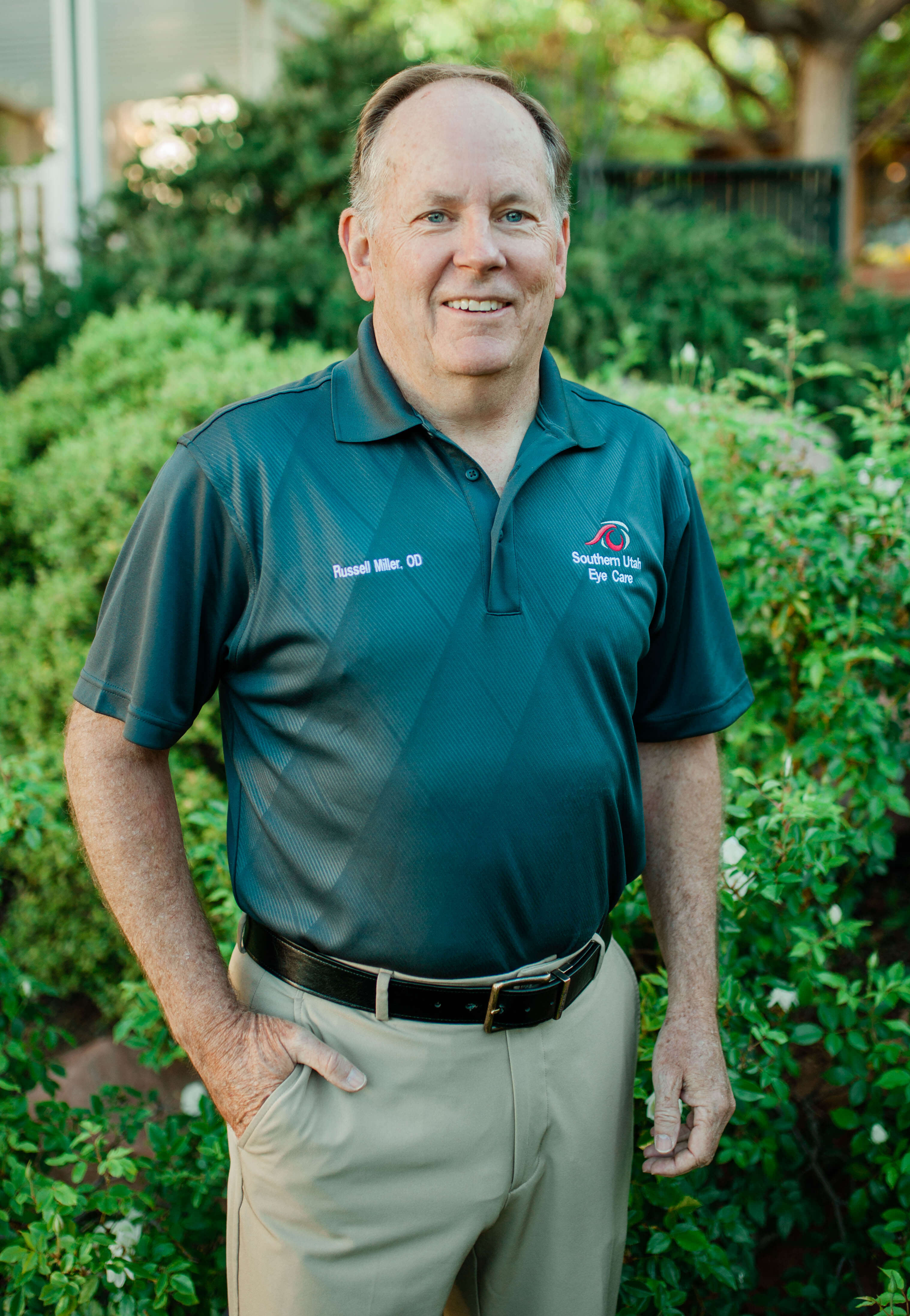 Dr. Miller was born and raised in Dixie. He graduated from Dixie College in 1981 and attended Southern Utah State College for 2 years. He received his bachelors and Doctor of Optometry degrees from the Southern California College of Optometry in Fullerton, California, graduating in 1987. He is a member of the Utah and American Optometric Associations and has interests in contact lenses, primary care optometry and low vision services. Dr. Miller and his wife Christina have five children and reside in St. George. 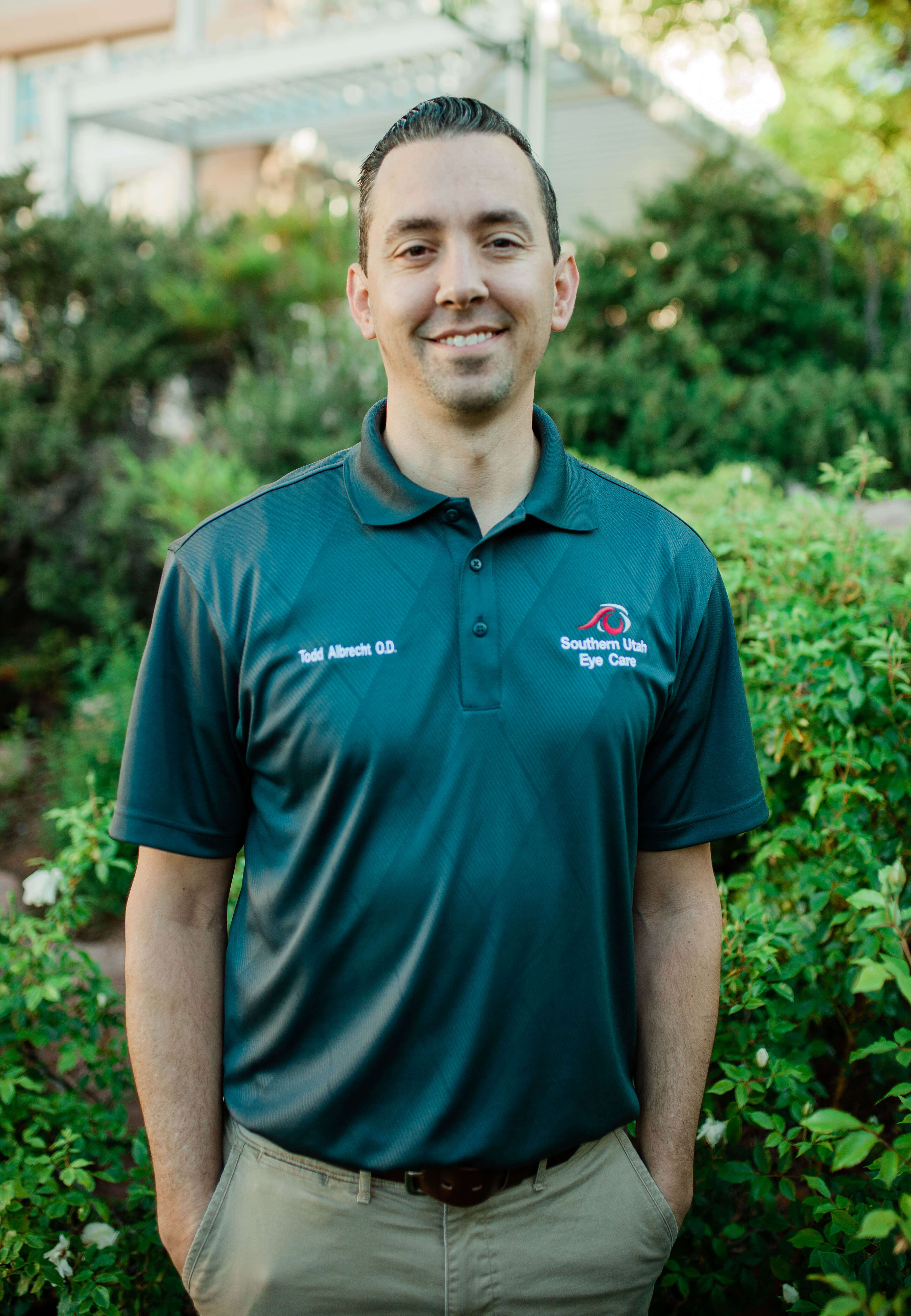 Dr. Todd Albrecht, son of Dr. Kent Albrecht, received his Doctor of Optometry degree from Midwestern University- Arizona College of Optometry in Glendale, AZ in 2015. He attended both Dixie State College and Southern Utah University for undergraduate school. Dr. Todd completed clinical rotations in Prescott AZ, Kansas City MO, and on the Ute Indian Reservation at Ft. Duchesne UT. He and his wife Megan graduated from the same class at Dixie High School in St.George and have three beautiful daughters. 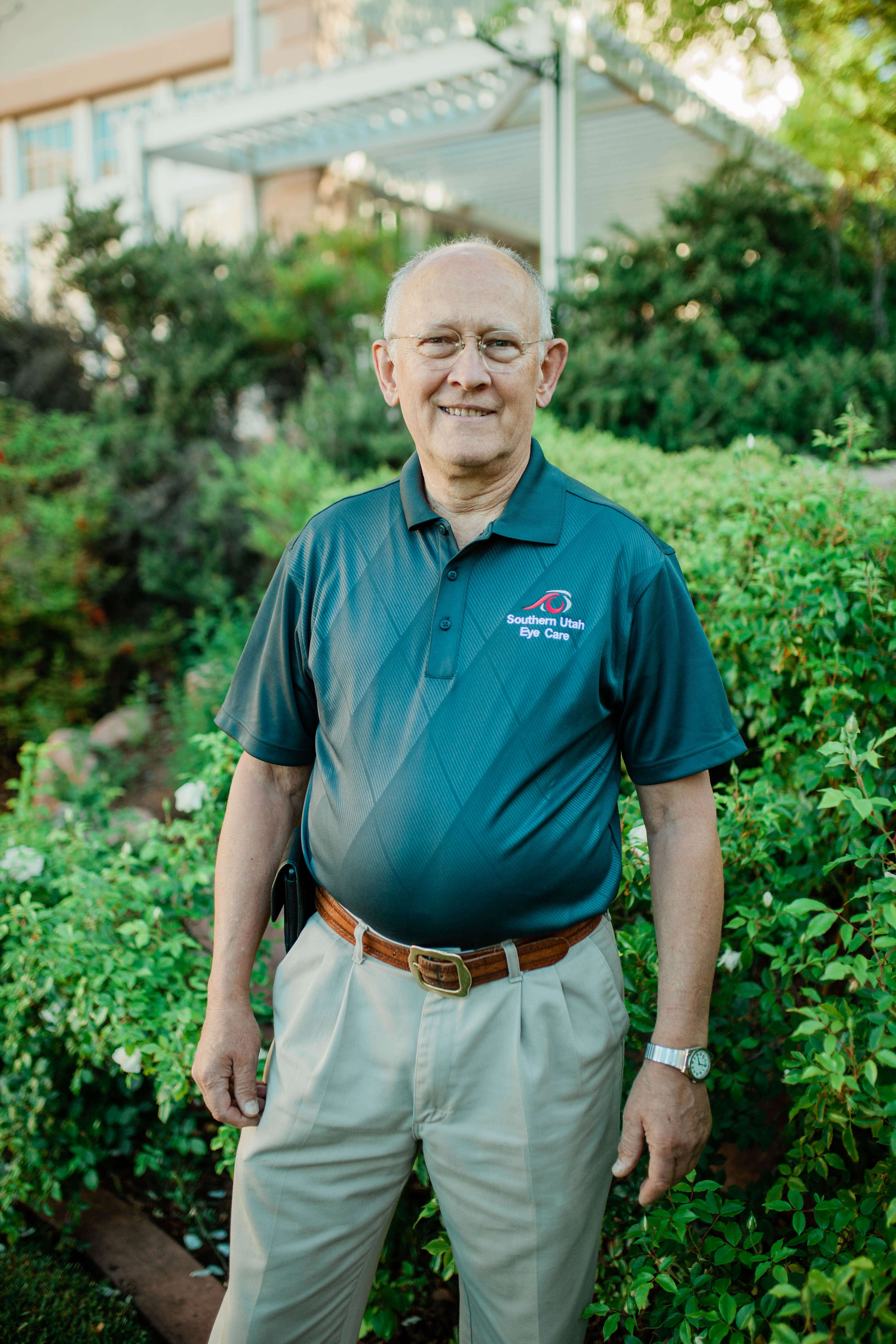 Chris Lundell has been an optician for over forty-eight years; more than thirty-three of those years have been with Southern Utah Eye Care. He has incredible knowledge of optical products and vast experience in the fabrication, repair, and adjustment of all types of eyewear. His expertise enables Southern Utah Eye Care to excell in patient satisfacion.